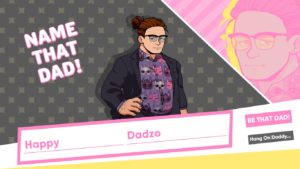 I’ve played a lot of visual novels, and a good half of them or so have been dating sims of some kind. My experience with dating sims in North America has been rather disappointing, compared to some of the treasured stories I’ve read that come from Japan or South Korea, so when I saw Dream Daddy release with fanfare, I had very low expectations.

And I was pleasantly surprised! Not only can you choose the gender of your late partner, this screenshot shows you can decide if your daughter was adopted. Your gender in this doesn’t matter.

Dream Daddy went forth and crafted a scenario with an inclusive heart. You build your dadsona in a character creator, which can feature a binder, implying your dadsona is transgender. Your daughter’s late parent can be male or female. The only thing you can’t be is completely heterosexual, since this is a dating sim where you are a man dating other dads. Other characters in the story are gay, lesbian, bisexual and transgender as well. Not only that, but there are plenty of people of colour. Yeah btw this game is very funny. It executes pro writing and great comedy while also letting every character have depth. I laughed. A lot. All of the best dating sims revolve around a character’s flaws. A route revolves around these, and the main character helps them to grow in spite of them. This is also the case in how the romances are written in Dream Daddy.

Each of the dads is working through his own problem. Some of them are huge character flaws that have left them rotting in misery, while other ones are lighter, less inconvenient things. Either way, your influence changes them, which is good romance writing. This means that the characters with the more terrible flaws have become more popular, because they’re more interesting. I hope the writers learn from this part.

It’s not a long game I played through each route (and Robert’s twice, because his plays very differently if you put out on the first date) and I’ve logged 13.3 hours, according to Steam. Compare this to Dandelion ~Wishes Brought to You~ which earned us 39 hours. Dandelion is $33 Canadian, so the price-to-time value for Dream Daddy ($17 Canadian) is less than half of a game like Dandelion. This might not be a thing that matters to you, but that time could have given us more about the Dads that we love. I would have happily paid more for a longer game, but I know that might not be the case for everyone. (I’m just thinking that I should have waited for the game to go on sale. I don’t make enough in ad revenue for this!)

Dream Daddy also doesn’t follow all of the usual trappings of an eastern-made dating sim, and is most notably missing a “true ending”. Dating Sims often have a mystery interwoven into the text that is only discovered once you’ve seen each character’s route. Dream Daddy does not yet have this. I got a lot of funny ones as a sprite lagged, got stuck off-screen, or got stuck on screen, as you can see above. Nothing cataclysmic, but might have been responsible for breaking immersion. If you’re looking for a game that will warm your heart and make you happy, this is the one to do it. I can’t promise that the endings will all give you what you want, but in the end they’re an expression of the Dad’s development and autonomy, which is my favorite part about the whole thing. The characters are wonderful, each in their own way. They’re flawed. They make mistakes. Sometimes you can help them, and sometimes you can’t. Sometimes you don’t know what the right answer is, but that’s okay. Love isn’t always easy.

I recommend the game if you enjoy character depth, and also laughing.

To the Game Grumps: this isn’t a real dating sim until you put some real fucked up shit in there. You know what I’m talking about. 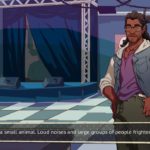 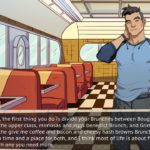 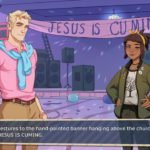 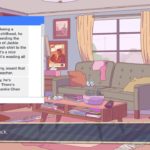 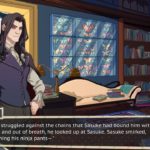 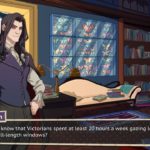 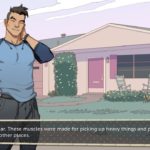 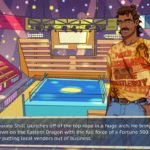 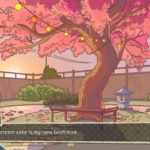